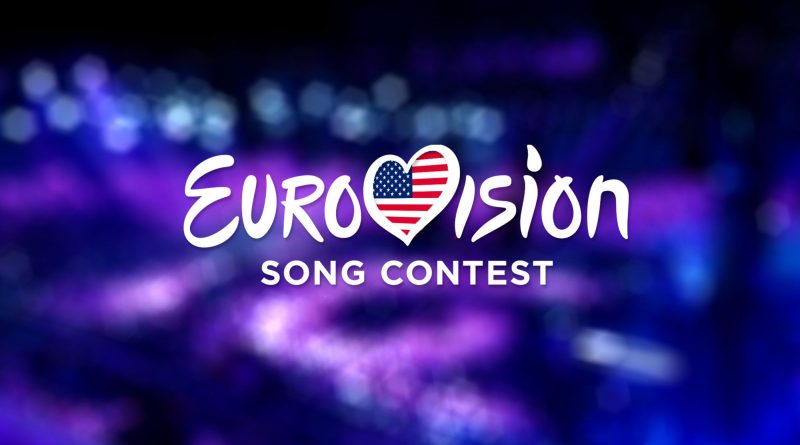 It eventually had to happen, right?  Or perhaps, the more appropriate question would be: “Did this actually have to happen?” Yes – Eurovision is coming to America.  Martin Oesterdahl, Executive Supervisor of the Eurovision Song Contest, says: “It’s time for America to experience this spectacle.”

Ever since Eurovision went global by streaming the annual semi-finals and finals, people have commented on either side. Enthusiastic Americans who embrace the songs, costumes, wind machines and general weirdness exclaim that  “America must get in on this!”  Others dismiss Eurovision outright as a weird campy show. In essence, perfectly describing the event, but completely lacking the understanding that weird and campy is actually the whole point.

On the other hand, the European crowd largely groans at the very thought. And ever since the announcement on Eurovison TV’s official site, the comment section there, too, leans towards hating the idea.

What exactly is it going to be?

The official announcement claims that Eurovision is “coming to America”. That sounds a lot like the whole event just up and moves to the U.S., wind machine, butter churn, hamster wheel and all. But upon reading further, the article clarifies that the plan is to have singers from all 50 U.S. states compete. So really, it sounds like little more than a geography-challenged American Idol.

And like pretty much any song competition on TV, these juries will share the selection process with the regional audience.  Together, they will select talent from all 50 states to compete. Participates can be solo artists or groups of up to 6 members.

On the U.S. side, they’re joined by Ben Silverman, chairman and co-CEO of Propagate Content. Silverman is a known producer and television executive, having created The Biggest Loser. He’s also no stranger to importing European entertainment, having been a producer of the American version of The Office.

And How Will it Work?

Considering that quite a few zip codes in the U.S. actually are spread across more than one state line, one can only hope for some mini-scandal about a contender who kinda, sorta, doesn’t really belong into this or that state. Or outrage over an artist who quickly moved from California to Rhode Island, to take advantage of fewer state competitors.

Beyond that, it’s hard to share the enthusiasm of the Eurovision organization expresses on their site.  So far, we haven’t heard anything that sets The American Song Contest apart from America’s Got Talent, except the state competitor part. It remains to be seen if Georgia will ever give any points to California, and vice versa. Or if the audiences’ comments involve snarky barbs about avocado vs fried foods.

Time zones, and other issues are still being ironed out. Asides from overlapping zip codes, questions abound: if the audience gets to vote as well, can anyone really be kept from voting for their own state’s song? And how does anyone even know which state a person lives in, vs which state their phone is registered? Obviously, USA Euros will keep you up-to-date.

The event is announced for ‘the Holiday Season 2021, months after the Eurovision Song Contest’, which takes place in May.  No details on whether ‘Holiday Season’ means Thanksgiving, Christmas, or just a too-literal translation of the word ‘Holiday’, which would put the U.S. contest into the summer months.

Can It Be The Same as Eurovision?

Even if the ASC copies the crazy costumes and performances of Eurovision, it won’t be quite the same. At least not for us old-school European viewers. It lacks the tradition and changes over the years that have us sit around the TV talking about ‘back when ….

Eurovision started out 65 years ago with a whopping 7 countries. Over time, it grew to 41 participating countries in 2020.  And while states in America all have their unique personality, disagreements and stereotypes, it’s not quite the same as having entirely different countries compete, and judge one another. It’s not likely that any of the 50 U.S. states will at some point refuse to participate because they feel slighted by the other states. And with NFL-size advertising, nobody has to secretly hope they don’t win because they can’t afford to host next year’s competition.

Whatever kind of competition it will be, perhaps the goal was to exclude the U.S. from Eurovision itself. After Australia was added to the line-up, fans wondered when America follow.

That, of course, led to the aforementioned social media uproar. Then again, perhaps it was just an opportunity for The Eurovision Song Contest to get a nice cash infusion by selling the rights to the U.S. On the other hand, perhaps, going forward, we’ll have two campy song shows to mock.

We’ll find out some time toward the end of 2021. In the meantime, preparations for next year’s Eurovision Song Contest should start soon. Because of the event’s cancellation in 2020, Rotterdam, Netherlands, gets a second chance at hosting. So far, the only decision for 2021 has been that the stage design remains the same.

Read the full article on the official Eurovision TV site here. And check out the Eurovision comedy Fire Saga, starring Will Ferrell.