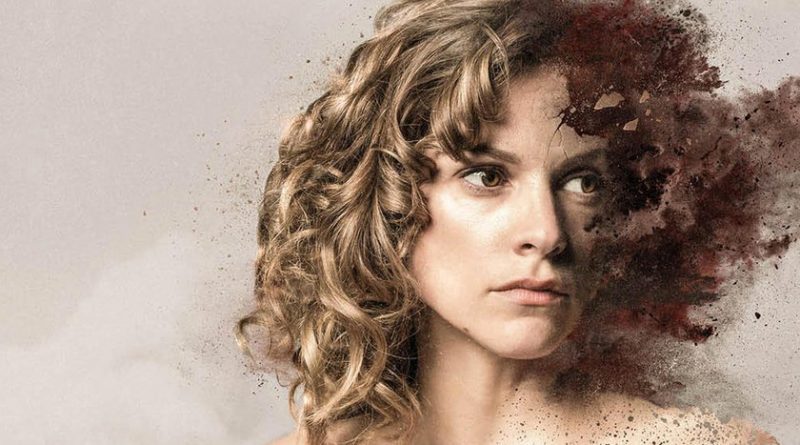 Mie D’Haeze is locked up in a mental institution. Ever since a car accident, Mie can’t retain new memories. She does, however, remember her life prior to the event:  After she caused a fire in their apartment, Mie, her husband Benoit and daughter Romy move into Mie’s grandfather’s house.  Benoit is extremely supportive of Mie, creating helpful systems for her to cope with her tragic situation.

After a breakdown, Mie is institutionalized. While there, she’s being visited by Detective Inspector Wolke, who keeps questioning her about the disappearance of a local recycling worker, Thomas de Geest. According to the police investigation, Mie has been the last person who has seen Thomas de Geest, and Wolke suspects Mie may have killed de Geest.

In an attempt to keep at least a minimum of control, Mie draws or writes down everything in a journal, but nothing can help her piece together the story of what happened to Thomas de Geest. At first, she can’t even remember knowing de Geest. Wolke is relentless with his accusations, and it’s up to Mie to figure out herself what really happened.

Thriller, Drama, and a Bit of Supernatural

Like a lot of other Belgian shows, Tabula Rasa starts out one way, surprises with a major twist part-way through the show, and adds yet another surprise to the conclusion.  The show at first seems to be all about the police investigation of Thomas de Geest’s disappearance. However, after a couple of episodes, that plot almost disappears. Instead, the show now focuses on how Mie tried to handle life prior to being committed. Along with Mie, the audience slowly starts to learn major facts about her life, which the memory loss has prevented her from realizing.

Netflix lists Tabula Rasa as Drama, although Psychological Thriller may be more apt. There are a few supernatural elements scattered throughout the season, and then there’s that police investigation. As mentioned, after the first couple of episodes, said investigation seems completely forgotten. It does return toward the end, but it is by no means the main focus of this drama.  However, watching Mie trying to piece together her life and memories in itself is captivating.  We also eventually learn that what she did remember turns out to be entirely wrong, and the viewer will see the earlier episodes in a whole new light.

If you like a good psychological thriller, Tabula Rasa will not disappoint. Check out the trailer by clicking on the image below.