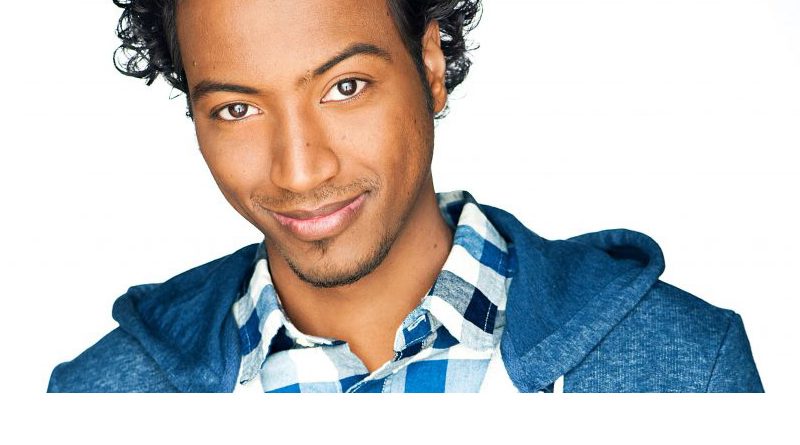 Sunnyside, created by Kal Penn (Harold & Kumar, House) started on NBC and eventually moved to Hulu.  And while the show was not renewed for a second season, Samba cherishes the experience of portraying the first Ethiopian character in a mainstream American sitcom.

Samba himself grew up in Ethiopia before moving to Holland, and eventually California, to pursue his career in comedy.  His father a Dutch Christian, his mother an African Muslim, and he himself often mistaken for Indian, Samba certainly has enough material to draw from during his stand-up comedy routines to qualify as an Alien of Extraordinary Abilities.

In 2006, Samba won the Jury & Audience Award at the prestigious Leids Cabaret Festival, Holland’s biggest national comedy competition. He subsequently toured the Netherlands with his comedy show for 3 years, always keeping an eye on his ultimate goal: Los Angeles. And while he faced much criticism for eventually taking the leap, (even being told he’d never work in Holland again), Samba obtained his O-1 Visa and moved to California.

Samba settled into his own American dream quite well: winning a comedy competition in Los Angeles, he became a regular performer at the world-famous Comedy Store on Hollywood’s Sunset Boulevard, entertaining the crowds with his high-energy performances drawing from his colorful background.

When asked if he gets a different reception on American comedy stages, because he’s a foreigner, Samba feels there’s definitely an advantage to being able to draw on topics other than the usual:  “I definitely have fresh energy when I come on-stage because of my background”, he explains. “Being African-Dutch, my mother being Muslim, my father Christian, all those things combine and make everyone just go ‘whoa, I didn’t expect this’”.

Comedy and the Individual

Is there such a thing as being too unique? Samba grants that when using religion and culture in comedy, it can be tricky to walk the line between being funny and being hurtful. But one of his principles is that he doesn’t try to attack anyone. “I like to keep it friendly for the audience”, Samba says. That’s why, when he makes jokes about Islam, or growing up between the two cultures, he does it in a way that’s fun for the audience, making them realize that “… really, we’re all the same people.”

Samba feels it’s important to primarily make people laugh, but also think.  “People are here to have a good time,” he says. “I’m a comedian. I can say certain things to help them think more … when you’re able to laugh about something, you think about it more.”

Personally, he often is made aware of the fact that people as a whole are still a long way from agreeing with this philosophy. Having this rich, multi-cultural background occasionally makes him the odd one out.  “I’m half Dutch, half African, but I look Indian”, he laughs. “I’m not accepted in Africa as an African, I’m not accepted in Holland as a Dutch guy. I’m accepted in India, but that’s weird, cause I’m not Indian.”

But in general, Samba is quite relaxed about what he calls often being the ‘odd one out’. “I’ve always dealt with not being in place … so even if there’s racism, I’m used to it. This is who I am, and it’s always going to be this way. All I can do is live by example and hope to change some peoples’ minds.”

We had to ask: What was the hardest thing to get used to in America?  “The way people say hello here,” Samba laughs.

Like many Europeans, Samba used to take the causal greeting of “How’s it going?” as an invitation to engage in an actual chat. But as many Europeans eventually realize, ’How are you?’ is just another way to say ‘hello’ in the U.S.  People don’t really want to hear an answer.

As Samba puts it: “You don’t have time to hear an answer. Whereas the Dutch, they have a conversation. Here, it’s like ‘How you doing?’ and you walk on. I would talk. I’d be like: ‘I just got out of the hospital …’ and they’re already on the bus.”

Samba’s resume includes a role in The Tiger Hunter, a 2017 comedy about an Indian immigrant (Danny Pudi of the TV show Community), coming to America in the ‘70s, available on Netflix. Samba also played a part in the award-winning game Star Wars Jedi: Fallen Order.

His recent work includes voice-over work for Disney’s videogame Gigantosaurus, and the audiobook When Stars are Scattered, a beautiful true story about two Somalian brothers growing up in a refugee camp. He also recently recorded a stand-up comedy special titled “Randomly Selected”, and we can only hope that Netflix takes note and buys it.

What does a Dutch comedian do when a pandemic puts a pause on his comedy career?  Easy. He shows you how to make chocolate mousse.  Check out Samba’s cooking tutorials on his YouTube channel at the link below. Of course, served with a touch of humor.