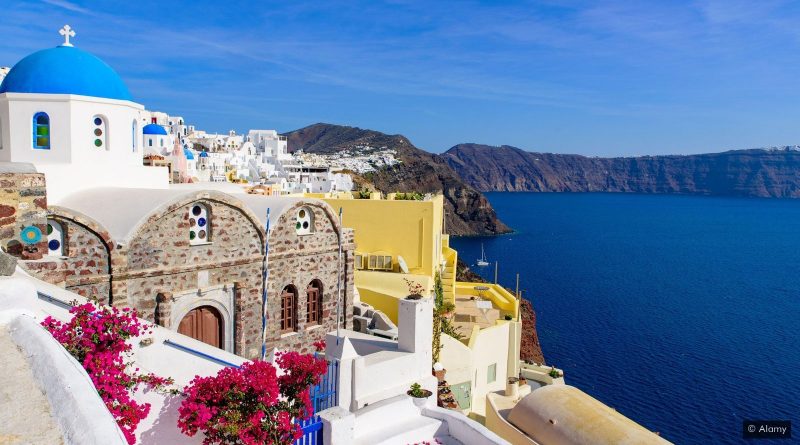 California- based Greekshops started on a lark in 1998. George Spanos, then a software developer in Los Angeles, decided to put his knowledge to the test: he started a small online shop, selling a few random Greek products.

At first, Spanos recalls, people mostly bought vacation guides about Greece, lacking the technological mobility we have nowadays.  Slowly, requests for other products started to trickle in. Today, Greekshops features about 7000 different products in their online store, including Greek music CDs, books, souvenirs, flags, and much more. Greekshops even features a variety of Greek kids’toys and DVDs.

The Troubles of Small Businesses

Of course, Greekshops also sells Greek food products. But as it happens with many small European businesses in the U.S., their uniqueness can be an obstacle. Forced to order large quantities to make import worthwhile means having to limit offerings to products that won’t expire quickly.

Another problem Greekshops faces is what Spanos calls “the elephant in the room”, otherwise known as Amazon. There, anyone can sell anything to anybody nowadays. “I have to import a large quantity that will eventually expire”, Spanos says, “while some guy in Greece can just walk across the street to the local store, pick up one item and ship it anywhere in the world.”

While the guy who ships from Greece may only make a Euro or two with that type of business model, he also has no losses. Meanwhile, European stores in the U.S. have to resort to putting items on sale when they’re close to their expiration date. That oftentimes takes away the profit margin altogether.

Another obstacle for import businesses like Greekshops are licensing requirements for items such as alcohol. That means Greekshops unfortunately can’t sell you that bottle of authentic Ouzo. But you can still get your fill of Greek candies and canned goods.

Greek or Not Greek?

Located in Encino, California, Greekshops actually ships worldwide, even to locations like Holland or China. It’s an obvious testament to the service, product quality and pride Spanos takes in his business. “Often, even in Greece, you find jewelry or products that are made in other countries”, Spanos notes. “But our products are 100% made in Greece.”

We couldn’t help but ask Spanos how he feels about Greek products offered in U.S. grocery stores, such as Feta cheese. Or the multitude of online shops offering ‘Greek apparel’ for American sororities and fraternities.  “I can’t find the connection”, Spanos says about the American affinity for Greek letters. But people expect a Greek store to have Greek letter clothing. Spanos laughs a bit when he talks about how he frequently has to disappoint visitors who come to his online shop, searching for fraternity gear.

And the ultimate Greek product offered in your neighborhood store: Feta Cheese? Spanos points out that it may be cheese, but it’ll never be Feta, unless it’s made in Greece; just like sparkling wine shouldn’t be called Champagne unless it comes from the Champagne region in France.

Spanos grants that many products offered in U.S. stores, such as Greek yogurt, are probably not too different than any commercial product sold in Greece. But there, of course, you’ll find many small dairies handcrafting product in small batches. Those obviously are unique and often, just a little better than mass-produced goods anywhere.

Unique Products Worth Checking Out

While it’s obviously too difficult to import European dairy, Greekshops customers can still enjoy artisanal foods when it comes to items like honey. You’d probably have a hard time finding honey collected from pines or thyme in a U.S. grocery store.  On Greekshops, you can order the distinct flavors of Crete or Northern Greece, most of which produced by small companies.

While the majority of Greekshops’ business is mail-order, Spanos gladly makes time for customers who want to shop directly at his warehouse.  “It’s not a conventional store”, he points out. “There’s no frozen food aisle or shopping carts.”

But then, who needs to be conventional if they’re filling a need for authentic Kalamata olives, Greek bean soup or eggplants in tomato sauce.

If you live in the Encino, California, area and call ahead to schedule an appointment, you’ll have an advantage over those who can only order online: you may get to shop in the delightful company of George Spanos.

For a listing of Greekshops.com and other European import shops, go to our Directory Pages.