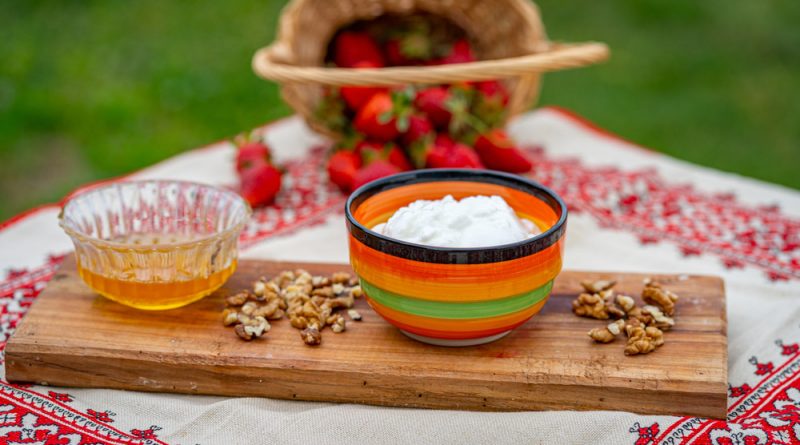 Americans have experienced a convoluted and somewhat controversial relationship with yogurt. The well-intentioned snack was commonly associated with hippie culture in the sixties and seventies before it landed a mainstream role in American diets. Naturally, it wasn’t long before corporations looked for ways to capitalize on the hype. What began as a promising health food quickly morphed into a sugary refreshment that even began to resemble desserts. Some companies ran so far with this concept that they developed one of the most controversial TV ads in recent history. It quickly got yanked from the airwaves.

Several decades and a few yogurt tube evolutions later, America found its new edible muse: Greek yogurt. Hypnotized by its European origins, Americans fell in love with its creamy texture, recipe versatility, slightly tart flavor, and alleged health benefits. The seven-billion Dollar business has prompted just about every yogurt brand to develop a line of Greek yogurt. But, as Americans become increasingly health-conscious, will the craze stop at Greek yogurt?

Atanas Valev is the mastermind behind Trimona. He got his start by bringing two jars of homemade yogurt to the U.S. from Bulgaria in the early nineties. He used the same starter (or mother culture) for roughly twenty years before his friends and family suggested bringing the product to market. The Upstate New York-based company, which operates out of a farm in the Catskill Mountains, retrieves its organic milk from around twelve small farms local to the area.

White Mountain Foods also kicked off its Bulgarian yogurt business in the United States. But unlike Trimona, its founders are of American origin. In an attempt to reduce the risk of the family’s genetic heart conditions, the Murray family ditched processed convenience foods and opted for whole grain and all-natural alternatives. After turning to vegetarianism, and becoming an employee at a health foods manufacturer, Robert Reed Murray played a significant role in introducing Austin Texas to Bulgarian yogurt. Fast-forward thirty-five years and White Mountain’s organic yogurt becomes certified non-GMO, solidifying the company’s status as a heavy hitter in the health foods industry.

Bulgaria’s four-thousand-year history of yogurt-making is nothing to scoff at. Europe’s most nutritious yogurt has a special strain of Bulgarian bacteria to thank for its reputation. It was appropriately named lactobacillus bulgaricus when it was discovered in the early nineteen hundreds. This friendly bacteria has quite an impressive resume; it’s known for improving lactose intolerance, supporting the immune system and liver, and reducing gut inflammation and constipation.

Both Trimona and White Mountain primarily use grass-fed cows for their yogurt production, whose milk is known to possess more health benefits than that of corn-fed cows. They also use whole fat, which has recently been proven to be just as (if not more) healthy than its low-fat or skim milk counterparts. But, the most widely-recognized health benefit also comes from the one characteristic that may be the least appealing to some consumers: the nutrients and calcium left in the unstrained whey.

Unlike most readily available yogurt, Bulgarian yogurt has a lumpier, somewhat watery texture, thanks to its lack of straining. Greek yogurt is strained numerous times, which gives it that oh-so-creamy and concentrated texture. However, the straining process leaves those valuable nutrients behind in the name of a smoother spoonful of yogurt.

Plus, you won’t find any additives, thickeners, or artificial flavors in Bulgarian yogurt. The yogurt ferments anywhere from twenty-four to thirty hours, which is partly what gives this superfood its unique texture and flavor.

Can You Taste the Difference?

Speaking of flavor, you may be wondering how Bulgarian yogurt measures up to its Greek and American opponents. We’ve already established that American yogurt is often purposefully engineered to resemble dessert: it’s sweet. By now, most consumers have also experienced Greek yogurt, which is notorious for its tang and smooth texture. Comparatively, the defining characteristic of Bulgarian yogurt’s flavor is its tartness. Some even describe it as having a slightly sour taste. Most, however, would agree that its flavor profile is truly unique.

So, what’s the final word? Bulgarian yogurt isn’t just another health fad that will fade away as quickly as it comes into prominence. Technically, it’s been four-thousand years in the making, and its healthful character is well-supported by scientific evidence. Will one carton drastically improve your quality of life? Probably not. Will consuming it in moderation over a long period of time result in a healthier version of yourself? It’s likely. There’s only one way to find out – pick it up at your local grocer, grab a spoon, and dig in!

Trimona is available at stores such as Whole Foods, Wegmans, ShopRite, and local health food retailers in your area. You can find White Mountain yogurt at similar retailers, including Whole Foods, Giant, Kroger, Stop&Shop, and other independent health food shops near you. 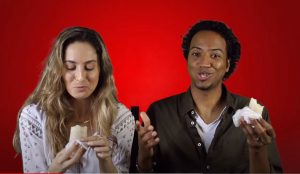