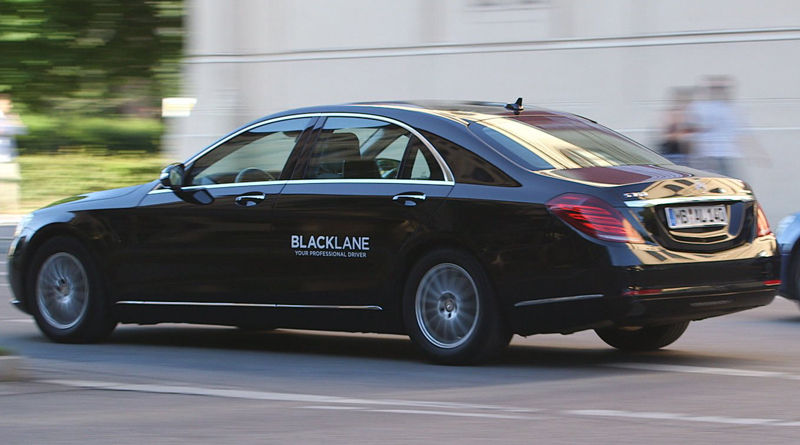 Headquartered in Berlin, Blacklane officially launched their car services in 2012 in a handful of cities in Germany. Since then, they expanded their service to more than 250 cities in 50 countries. They also added an airport concierge service that makes navigating airports in unfamiliar cities a breeze.

The idea came out of necessity. Jens Wohltorf, then a Principal with The Boston Consulting Group in Berlin, found that he spent too much time and effort booking car services in unfamiliar cities.   “Sometimes he had to call to make a reservation. Sometimes e-mail, sometimes fax.” says Adam Parken, Director of Communications at Blacklane. “It could take days before people would get back. The waiting time policies were different. Sometimes [drivers] would wait half an hour if it was a domestic arrival in the U.S. But they’d wait an hour for an international arrival.”

Wohltorf “felt the pain and wanted to do something about it”. In 2011, he and co-founder Frank Steuer discussed this fragmented market of local drivers as an untapped opportunity. They came up with the concept for Blacklane: streamlining chauffeur bookings worldwide by connecting passengers with professional drivers. But these are not Blacklane’s drivers. They’re independent agents, making themselves available for Blacklane bookings as needed.

Not having their own vehicles means Blacklane can tap a multitude of car service partners all at once. At the same time, the responsibility of customer care and billing remains with Blacklane. That makes bookings and problem-solving simple and efficient for both the company and the clients.

While Blacklane hasn’t established a U.S. office as of 2018, they offer a worldwide network of professional drivers. The services are mostly coordinated out of Berlin with multi-lingual customer service 24 hours a day, year-round. In addition, Blacklane partners with other travel service providers, such as booking platforms, rental car companies, and airlines. This allows you to book a Blacklane ride along with your flight on Expedia, coordinate a Hertz rental car drop-off with a chauffeured pick-up, or earn airline rewards points for certain airlines with a completed Blacklane booking.

Blacklane has several advantages, such as the ability to provide cars and drivers in over 250 cities worldwide. They also allow clients to cancel a pre-booked ride up to an hour before pick-up time. A more recent addition to their car service is an airport concierge who walks you through security faster or greets you at the plane.

Your concierge will help with carry-on luggage, escort you to your connecting flight, or expedite immigration and customs. From the moment you leave your home, through all airport lines and connecting flights, until you reach your destination, Blacklane can provide service and assistance from within one account. As Parken puts it:  “We want to really take the stress out of travel wherever we can and now … people can have a true door-to-door travel experience.”

Of course Uber also operates internationally, with service offered in many countries around the world. And unless your driver gets stuck in traffic, an Uber ride is likely going to cost less than Blacklane. However, Uber’s customer service is limited to e-mail, with varying response times and often, problems with international charges. And of course, they don’t offer concierge services or drivers at the professional chauffeur level.

Overall, Blacklane doesn’t see companies like Uber or Lyft to be a big competitor, though. Parken feels that those types of ride-share services provide more of an ‘inner-city mobility’ while a chauffeur service like Blacklane is generally booked days to months in advance, and usually for long-distance or airport rides.

Obviously, the biggest challenge for a long-distance business such as Blacklane is quality, and how to maintain it. Being in 250 cities around the world presents a unique challenge . According to Parken, solving these issues starts with finding the right partners to begin with.

Rather than hiring individual drivers, Blacklane partners with established car services with a number of cars already in their fleets; “Mystery Rides” for quality control and a bonus program for high quality rides incentivize drivers to represent Blacklane with the same focus and professionalism as they do their own employer.

Whether it’s a service to consider for personal travel obviously depends on your budget.  Taking a trip once a year , living fairly close to the airport, Uber works for me when departing the U.S. Arrivals, however, are a different story. First, there is the trip a different part of the airport where Uber is allowed to pick up passengers. Tired and jet-lagged, I wouldn’t mind an arranged pickup rather than waiting among the bustling flow of travelers, eye-balling license plates, and following the path of my Uber driver if he misses me and pulls up to the curb somewhere else.

While a single traveler or couple may be okay navigating plane changes and foreign airports, the current pricing structure of Blacklane’s concierge service might make it a worthwhile consideration for families. Particularly when travelling internationally. The rate is the same for one or two people. For three people, the per-person rate is somewhat lower, and there’s no charge for infants up to the age of two.